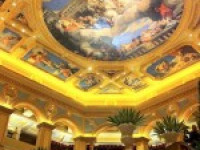 Macau has been known as the “Monte Carlo of the Orient” since the 1850s when gambling was legalized in the former Portuguese colony. Currently, Macau is one of two special administrative regions of China (Hong Kong is the other region). Although China is responsible for the territory’s defense and foreign affairs, Macau maintains its own legal system, police force, currency, customs policy, and immigration. […] 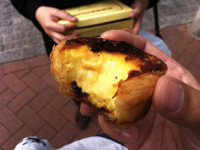 Portuguese style egg tarts are everywhere in Macau. However, only one company claims to be the original, in the tiny former Portuguese colony. Lord Stow’s Bakery was first established in 1989, in Coloane Macau, and now has its own lovely café next door. With its huge popularity (now four other cafés) in Macau, franchises have […] 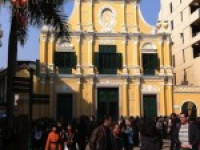 It’s hard to miss the beautiful yellow and emerald church, right in the middle of Senado Square in the former Portuguese colony of Macau. A UNESCO World Heritage Site in the Historic Centre of Macau, the Church of Saint Dominic (Igreja de São Domingos) was built in 1587 by three Spanish Dominican priests. Inside this […]